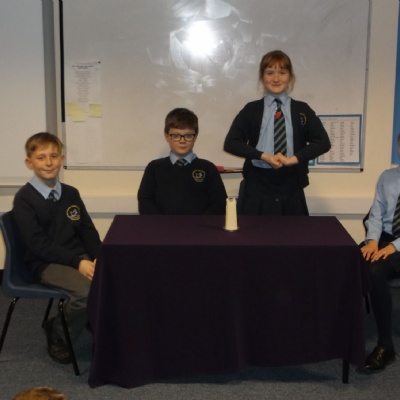 In class, the children were learning about Edward VIII's abdication. Above is an image of the children acting out their scenes. Most scenes consisted of Edward, Wallis, Mary of Teck (his mother), George VI (his younger brother) and a political advisor debating the current political situation. The children’s’ discussions were fascinating to watch since they truly got into their character's roles arguing a range of reasons for and against Edward's marriage to Wallis as well as his controversial abdication.