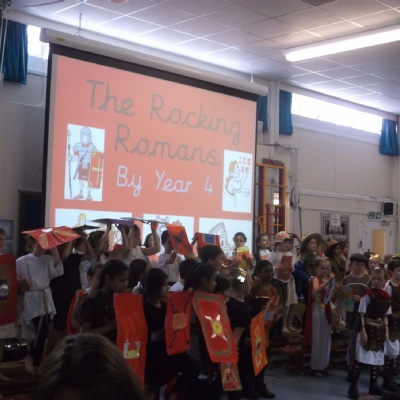 Last week, the children in Year 4 took part in their assembly for the parents and some of the children in the school. They worked hard at preparing their lines, songs and acting in order to make it as good as it was! We used the shields they previously made as part of the roman topic and the costumes the children had, added to the assembly. All the children were fantastic in their roles and it was a great afternoon for us all! Well done! 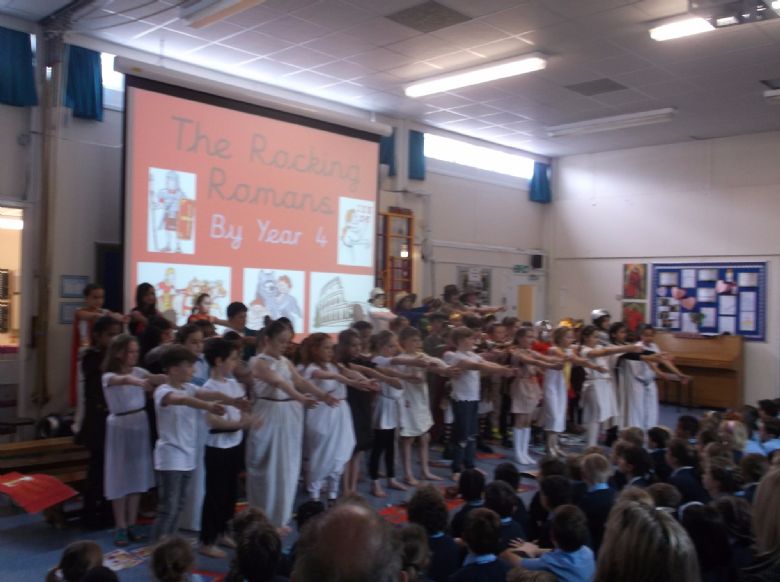 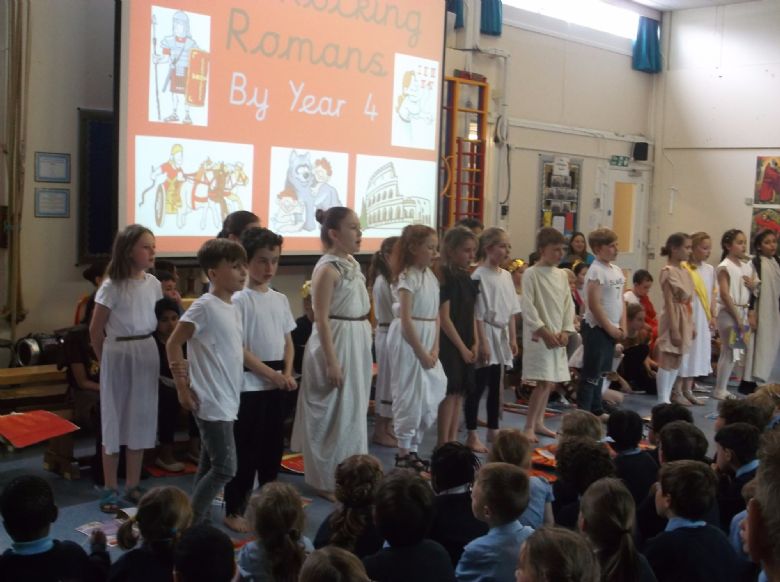